Home About the research

The bulk of residential architecture from the twentieth century, the most widespread and usual in our cities today, has no recognized heritage value outside the traditional appraisal systems. It is heritage without any aesthetic and formal value in terms of traditional ideas, but with a social, functional and sustainability value for the general public who inhabit it.

For some time now, a group of researchers from the Research Group on Built Heritage (GPAC) and the UNESCO Chair of Cultural Landscape and Heritage  from the University of the Basque Country (UPV / EHU) have been developing the issue of the identification, appraisal and protection of built heritage.

This research work is integrated into the study framework of the doctoral thesis by Veronica Benedet with the title ” URBAN RESIDENTIAL HERITAGE OF THE TWENTIETH CENTURY: towards an inclusive assessment and management protocol. Case studies in the Basque Country” defended on November 8th 2019 in the University of the Basque Country. This doctoral thesis has given the kick start in the development of the appraisal issue for the most recent legacy, twentieth century residential heritage. The knock-on effect of this research, is this web page for public awareness and participation in the recognition and appraisal of twentieth century residential buildings.

This research is conceived as a global concept, which aims to facilitate the incorporation of these buildings within a paradigm of sustainability, in their environmental, economic and social aspects, i.e., contemplating the different approaches / dimensions comprising them (material, intangible, cultural). 3 cities have been selected: Vitoria-Gazteiz (Araba) Getxo (Bizkaia) and Donostia/San Sebastián (Gipuzkoa) as a pilot test for this experience. In these cities, a group of neighbourhoods whose buildings meet the characteristics of this study are identified.

This project has been grant-aided by the Department of Education, Language Policy and Culture of the Basque Government.

Veronica Benedet’s Post-doctoral work continues in this line of research, focused on the readmission and improvement of these first versions of the Valuation Protocol and Inclusive Management Strategies in other contexts such as in the city of Buenos Aires, Bilbao and in new areas of Vitoria-Gasteiz. The extrapolation project to the context of Buenos Aires is part of the “Research project” PIA PyH-23. Resilience, social participation and sustainability as strategic project approaches for the conservation of urban-architectural heritage “, research internship at the Faculty of Architecture, Design and Urbanism of the University of Buenos Aires directed by the architect Carolina Quiroga.

Doctor from the University of the Basque Country. Architect graduated from the Faculty of Architecture, Design and Urbanism of the University of Buenos Aires (Argentina). Specialist in Historic Building Restoration at the Universidad Católica Argentina de Buenos Aires. Scholarship holder of the Alβan Program (High Level Study Scholarships of the European Union) from 2007-2009. He has participated in numerous projects in Spain among which are: “Master Plan for the churches of Álava (Basque Country)”, “Project to enhance the walls of the city of Vitoria-Gasteiz (Winner of the Europa Nostra award)” , “Comprehensive Management Plan for Puerto Gaboto (Santa Fe – Argentina),” Strategic Plan for the Basque Government: valuation and protection of villages in Bizkaia “, Ibero-American Network coordination” PID_Ibero: Heritage, identity and development “,” Catalog of the expansion of the century XIX of the city of Vitoria-Gasteiz ”,“ Update catalog of the municipal architectural heritage of the Getxo (Bizkaia) town hall ”and“ Update catalogs of the Basque Government of the historic centers of Laguardia, Salvatierra, Vitoria and Labastida ”,“ Documentation of the parietal decorations, graffiti and incisions of the galleries of Punta Begoña. ”Getxo (Bizkaia), participation in the file for the Declaration of the Qualified Monumental Complex of Part Old and Pier of San Sebastián, coordination of the project “Architects (in) VISIBLES in Euskadi. The problem behind this invisibility (Emakunde) “, among others. 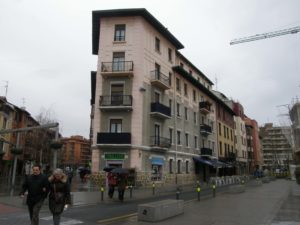 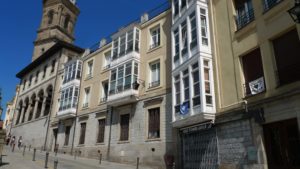 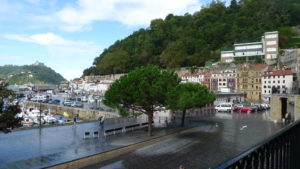 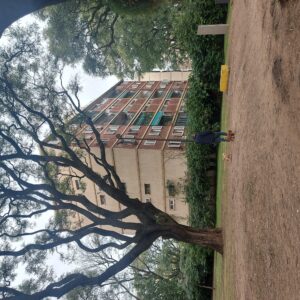